I went to Norfolk Street this afternoon to buy something from one of our best town shops – Wisbech Music Centre. Carmen was, as ever, friendly, knowledgeable, and a joy to speak to. But the rest of the street? My goodness, what a horror show. I don’t have any ill-will towards the many Eastern European groceries, delis and cafés, and I hope they are doing well in these trying times, but it is clear that the owners of these shops have no concept of making their businesses look presentable and welcoming.

Groups of shabby looking men, mostly, standing in the road, all over the pavement staring at passers-by is not a good look. Were they breaking any laws? Not that I know of, despite there being not a mask to be seen and damn-all social distancing. It just looked utterly disreputable. If the casting director of the next film in the Liam Neeson ‘Taken’ franchise is looking for extras to play unshaven, chain-smoking and menacing Albanian gangsters, Norfolk Street would be a good place to start. Albanian? I don’t know the nationalities of the people making up Norfolk Street’s street furniture, but Albania – with its unhappy record of being a huge exporter of criminal gangsters, people-traffickers and drug barons – is as good a place as any to start.

I have no problem with immigrants from the Baltic states and south east Europe being in Wisbech. I still teach English to immigrants who want to improve their language skills, although the pandemic has limited the scope of these classes. I don’t prejudge a man or a woman by their nationality. It has been a pleasure to teach people from – in no particular order – Bulgaria, Venezuela, Portugal, Lithuania, Romania, Latvia, Armenia, Estonia, Belarus, Moldova, Poland and Guinea-Bissau. The only time a group lived-down to its reputation was when we were visited by a large family group of Slovak Roma, and their children managed to steal most of the sweets we were using as prizes for a Bingo session.

It is ironic that The Wisbech Standard is featuring local businesses in an effort to provide support at a time when most small shops are struggling. I wonder if they will be so keen to go down the line of shops on the south side of Norfolk street and write in-depth profiles of the staff, customers – and hangers-on?

On another matter, which may seem unrelated (but is not) I am depressed that it seems likely an elegant town house in Museum Square will be given permission to operate as an HMO. Homes of Multiple Occupancy are nothing new. The house where I grew up was, in the late 1940s, an HMO, although the term hadn’t been coined then. My mother and father had one room, another couple had a second room, and an elderly blind man (who owned the house) had a third room. There was a shared sitting room, toilet and scullery. This was a terraced cottage in Victoria Street, Leamington Spa. This arrangement must have been replicated thousands of times up and down the country. Pictured – the house, clad in scaffolding, with one of my sons looking on. My point is this. HMOs probably work – as did 14 Victoria Street – when couples live there. When rooms are taken up by single men the problems start. The influx of single male immigrants to Wisbech has been the root cause of most of the crime – including several high profile murder cases – and pretty much every instance of street drunkenness and anti-social behaviour.

The owner of the house in Museum Square does not – what a surprise – live in Wisbech, or anywhere near. The house will just be an entry on his property portfolio. He (or his agent) will fill the house with single male immigrants. House letting to the transient or vulnerable is not a complex business, as I can explain. I have four sons, each of whom went to university. Each shared rented accommodation, almost exclusively with other males. The modus operandi for the letting agent is simple. Kit the house out with cheap furniture, carpets and fittings. Expect everything to to be either neglected or trashed. At the end of the rental, rip everything out, get your team of dodgy builders and decorators in, revamp the house – and start again. And it works! House owners can still do this, and turn a profit. This is what will happen with the house in Museum Square. 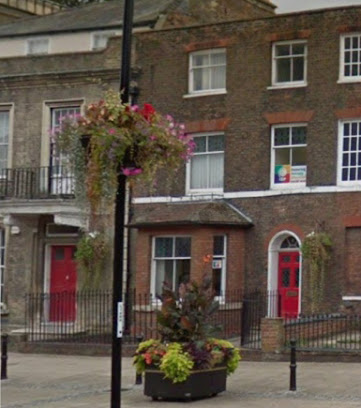 Sadly, the alternative to what could happen to the house is equally dire. No-one can afford to buy it and live in it as a family home. Result? A property standing empty with the seasons taking their toll on the roof, the gutters and the walls. Dereliction, and much hand-rubbing and frustration from those who love the town.

The moral? Maybe, just maybe, if the squalid opportunism which has created modern-day Norfolk Street could be ended, then lovely house like the one in Museum Square might be lived in once again by people who value a clean, prosperous and peaceful town.